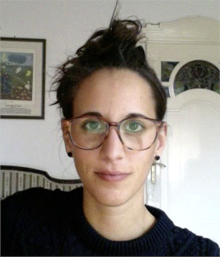 Topic description:
A number of parallels are habitually established between music and language that seem to point at a far-reaching evolutionary connection between both capacities. During the last decades, the integrating perspective pursued by cognitive science has favored an increasing interest in the study of music from a biological point of view, so that this capacity has come to be regarded as a product of human cognition able to provide very valuable scientific insight, not only for its own interest, but also for the light it can shed on the phenomenon of language. The objective of this work is to undertake a comparative approach to the evolutionary biology of music and language as cognitive capacities following a structural, internalist perspective. I will argue that the evolutionary discussion of the relationship of these capacities, which has traditionally been articulated according to the logic of a selectionist framework, has become obscured due to the centrality granted to assumptions on functional continuity. I will suggest that once we cease to consider these capacities as manifest forms of behavior (as systems of communication, symbolic behaviors, etc.), the integration of different kinds of comparative data according to a structural criterion allows us to retrieve insight into the evolutionary origin of the organic structures that support these phenomena, and thus, into the very nature of human musical and linguistic capacities.

Biographical note:
Teresa Blasco Máñez is a PhD student in the Linguistics Department of Universidad de Oviedo. Her dissertation project concerns the comparative study of the biological foundations of music and language, and it is associated to the research project “Biolinguistics: Evolution, Development, and Fossils of Language' funded by the Spanish Ministry (FFI2010-14955). She obtained her MA in Cognitive Science and Language at the Universitat Autònoma de Barcelona, where she has also carried out part of her project as a fellow at the Center for Theoretical Linguistics (CLT). Teresa is currently a visitor at the KLI.