Biological Theory is devoted to theoretical advances in the fields of biology and cognition, with an emphasis on the conceptual integration afforded by evolutionary and developmental approaches. The quarterly journal aims to include a wide audience of scientists, social scientists, and scholars from the humanities, in particular philosophers and historians of biology, among its readership.

Published by Springer Verlag and the Konrad Lorenz Institute for Evolution and Cognition Research (KLI). 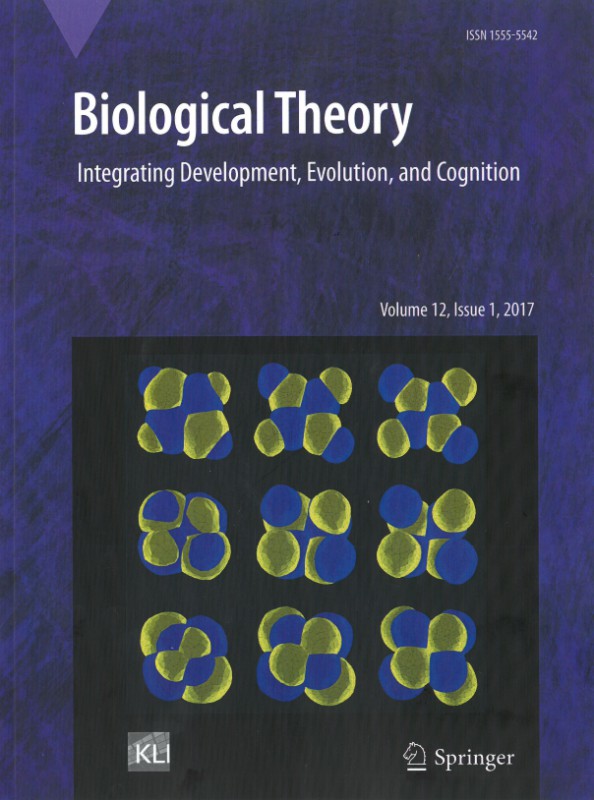