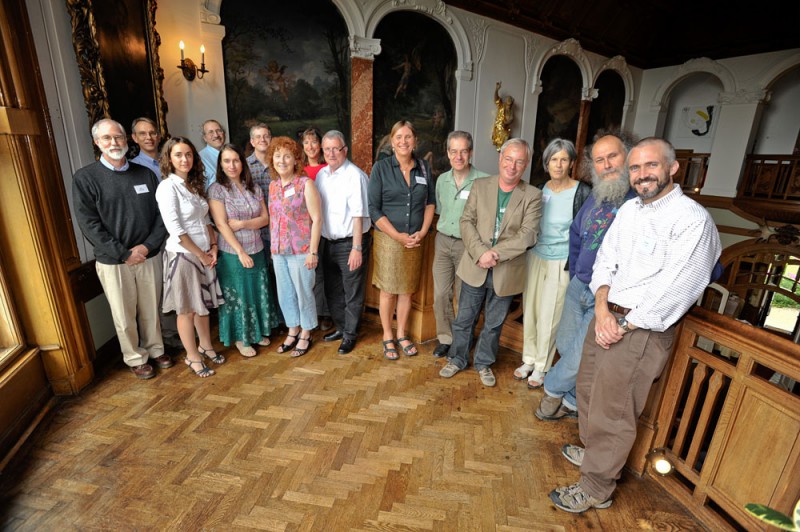 This workshop deals with the meaning of ´theory´ in biology as seen from the different points of view of philosophers, theoretical biologists, and empirical scientists. Historically, philosophers have always been interested in how scientists formulate and deploy the theoretical concepts that both guide and are molded by empirical research (Lyons 2003). Evolutionary theory in particular has been the focus of attention ever since Popper’s famous misunderstanding of it, followed by a less well known but significant recantation of his original views (Popper 1978). Today´s philosophical analyses of evolution are better informed than Popper’s and delve into much more scientific detail, to the point of often being indistinguishable from theoretical biology proper (Okasha 2005; Pigliucci and Kaplan 2006; Walsh 2007). Scientists, on the other hand, have been generally rather disinterested in, and in some instances even downright contemptuous of, philosophical contributions to science, as in the case of physicist Steven Weinberg’s essay, ´Against Philosophy´ (in Weinberg 1992). However, there have been exceptions, particularly among biologists interested in areas such as species concepts, phylogenetics, and the limits of evolutionary science in general (Lewontin 1963, 2000; Pigliucci 2003). This relatively small group of scientists keen on cross-talk with philosophers has managed to maintain a tenuous but consistent bridge between the two disciplines and modes of inquiry, particularly in the case of individuals like Richard Lewontin, who quickly came to be highly respected in both fields. More recently, a small but increasing number of both philosophers and scientists have articulated or simply started to practice an approach that has been referred to as ´the continuation of science by other means´ (Chang 2004) or, informally, ´sci-phi´ (Pigliucci 2008). In this borderland between philosophy and science, scientists engage in conceptual meta-analyses that resemble philosophical work, while philosophers write papers that are close in nature to theoretical science papers. Moreover, an increasing number of scientists and philosophers have began to publish together not only in philosophy journals (a practice that has a long history in the field) but also in scientific ones (Pigliucci and Kaplan 2000; Laland et al. 2006; Glass and Hall 2008). The workshop aims at gathering together a number of philosophers and biologists interested in the structure, foundations, and practice of biological theorizing in a broad range of fields, with an emphasis on organismal biology (ecology and evolutionary biology). Topics that include but are not confined to the meaning and deployment of mathematical modeling in the biological sciences are explored, the limits and potential of theoretical approaches and how they relate to empirical research, the social impact of biological theories, and the politics of theorizing in science. In particular, a focus on the aforementioned theme of the development in the life sciences of the disciplinary hybrid of theoretical reflection is set. The question of of whether ´theory´ means something different for the life sciences, and whether theory plays a role in biology that somehow contrasts with its role in other sciences is raised. The overall idea of this workshop is to acknowledge that the two fields have independent histories and agendas that ought to be respected in their own right: broadly speaking, science’s aim is not to replace philosophy, nor is it philosophy’s goal to help science solve scientific problems. However, there is a suitable ground for reciprocal intellectual fertilization that can benefit from the different know-hows and intellectual approaches typical of scientists and philosophers. Broadly speaking, this workshop aims at a better understanding of what it means to do ´theory´ in science, and in particular in biology.