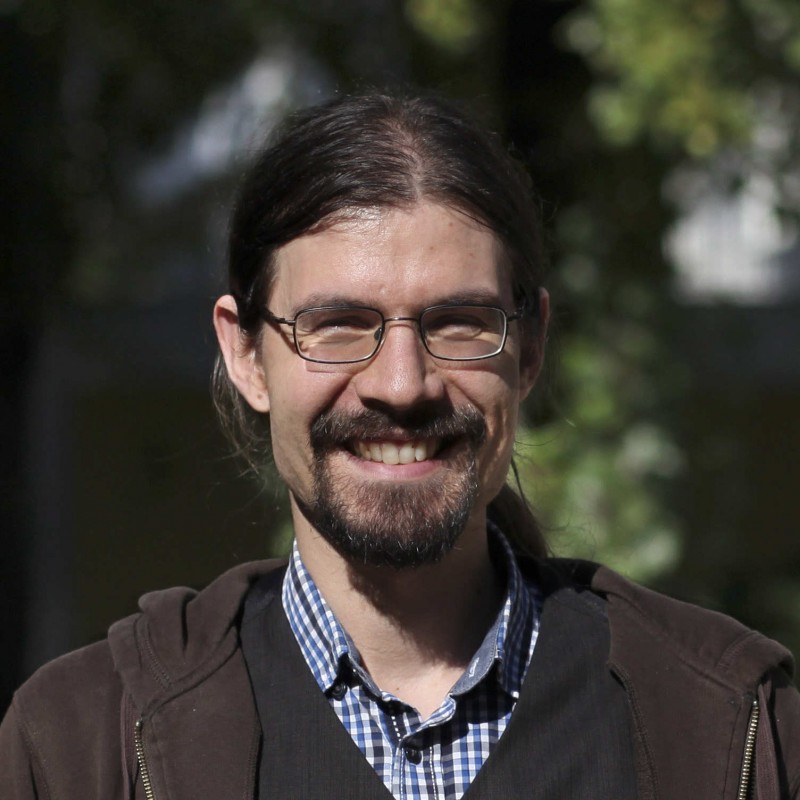 Gregor Greslehner
KLI Colloquia
Two Dogmas of Molecular Biology: What Is the Explanatory Role of the Sequence–Structure-Function Relationship?
Gregor GRESLEHNER (University of Vienna)
Online
Organized by KLI
Register in advance for this meeting:
https://us02web.zoom.us/meeting/register/tZ0lf--uqz8pG9yGYkqOBEaf2J3VQ43oDGO3
After registering, you will receive a confirmation email containing information about joining the meeting.
Topic description / abstract:

In addition to the so-called “central dogma of molecular biology” (courtesy of Crick (1970)), there are two other dogmas: (i) sequence determines structure, and (ii) structure determines function. Despite its importance and frequent use, the sequence-structure-function relationship is in need of philosophical conceptual clarification: “The relationships between sequence, structure, biochemical function and biological role are extremely ill-defined and scant high quality data are available to allow us to analyse them." (Sadowski and Jones, 2009, 360). I develop a distinction between different notions of sequence, structure, and function and propose to reconstruct the "two dogmas" – i.e., the determination-relation between sequence, structure, and function – as supervenience relations, respectively. For macro-molecules like proteins or nucleic acids, the term ‘structure’ can refer to (1) the sequence of a polymer, (2) its three-dimensional shape, and (3) the network organization of several biological entities. From the rich philosophical debate on the notion of function, I suggest to focus on the notions of (A) biochemical activity and (B) biological role within a process or mechanism (cf. Wouters, 2003) as candidates for functions that can be linked to either of the notions of structure. This is closer to the causal role notion of function (Cummins, 1975), whereas the selected effect notion of function (Wright, 1973) tells us something about the evolutionary advantages and history of the structures, activities, and roles.The textbook view of sequence, structure, and function proceeds as follows, where the arrows might be interpreted as determination relations:

The first step in this scheme, also known as sequence hypothesis (Crick, 1958), has been largely confirmed (despite being more complicated, involving processes like splicing). The next step, known as Anfinsen's dogma, however, is facing challenges by the protein folding problem, chaperones, dynamics of codon usage, and the prevalence of intrinsically unstructured proteins (Chouard, 2011). Protein structures do not supervene upon amino acid sequences. And finally, the idea that a protein's structure determines its function is what I call, for lack of a better name, the structure-function dogma. Based on the conceptual distinction between notions of structure and function sketched above, I suggest that the structure-function dogma can be rationally reconstructed as follows: (a) Biochemical activities supervene upon three-dimensional shapes of molecules. (b) Biological roles supervene upon interaction networks. The explanatory role of these sequence-structure-function relationships has also important conceptual and methodological consequences for the questions of reduction (Sarkar, 2008, 68) and the disciplinary boundaries of molecular biology.

Sarkar, S. (2008). Genomics, proteomics, and beyond. In Sarkar, S. and Plutynski, A., editors, A Companion to the Philosophy of Biology, pages 58-73. Blackwell Publishing Ltd.

Gregor Greslehner is a philosopher of biology, trained in philosophy and molecular biology. He works as a University Assistant/Postdoc at the Department of Philosophy at the University of Vienna, contributing to Prof. Tarja Knuuttila's ERC project "Possible Life: The Philosophical Significance of Extending Biology". His research is focused on the relationships between structure and function, from proteins to higher levels of organization. He is also very interested in the philosophy of aging, immunology, game theory, and the history of molecular biology.

Additional Information
Register in advance for this meeting:
https://us02web.zoom.us/meeting/register/tZ0lf--uqz8pG9yGYkqOBEaf2J3VQ43oDGO3
After registering, you will receive a confirmation email containing information about joining the meeting.