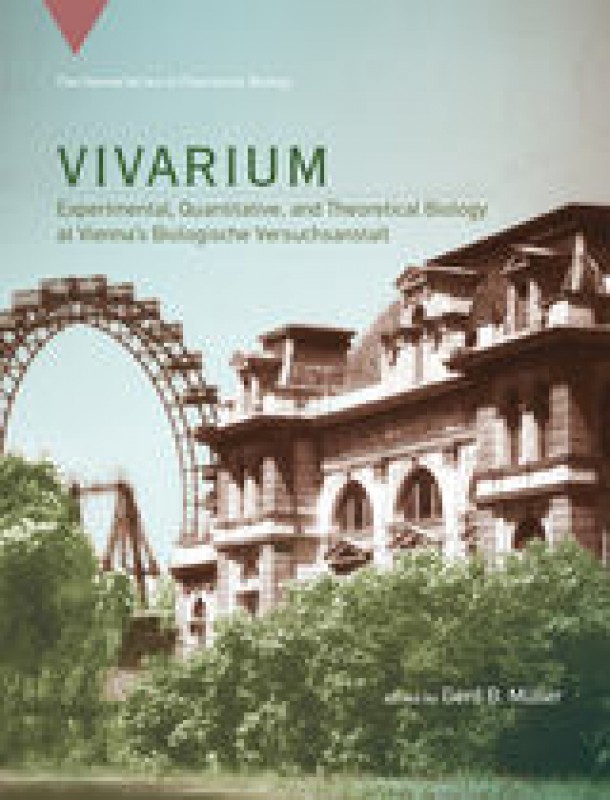 The Biologische Versuchsanstalt was founded in Vienna in 1902 with the explicit goal to foster the quantification, mathematization, and theory formation of the biological sciences. Three biologists from affluent Viennese Jewish families—Hans Przibram, Wilhelm Figdor, and Leopold von Portheim–founded, financed, and nurtured the institute, overseeing its development into one of the most advanced biological research institutes of the time. And yet today its accomplishments are nearly forgotten. In 1938, the founders and other members were denied access to the institute by the Nazis and were forced into exile or deported to concentration camps. The building itself was destroyed by fire in April 1945. This book rescues the legacy of the “Vivarium” (as the Institute was often called), describing both its scientific achievements and its place in history.

The book covers the Viennese sociocultural context at the time of the Vivarium’s founding, and the scientific zeitgeist that shaped its investigations. It discusses the institute’s departments and their research topics, and describes two examples that had scientific and international ramifications: the early work of Karl von Frisch, who in 1973 won the Nobel Prize in Physiology or Medicine; and the connection to Cold Spring Harbor Laboratory in New York.

Gerd B. Müller, is Professor of Zoology and Head of the Department of Theoretical Biology at the University of Vienna and President of the Konrad Lorenz Institute for Evolution and Cognition Research.