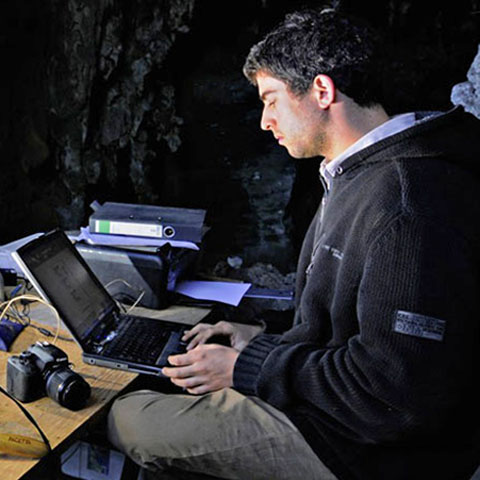 Topic description:
The emergence of the genus Homo is a key moment in human evolution. From 2 myr ago the Homo lineage is documented by an increasingly rich fossil record, but the earliest phase remains poorly understood and the ancestral taxon elusive. Recently the newly discovered species Australopithecus sediba from southern Africa has been proposed as the direct ancestor of the Homo lineage, in particular based on cranial features of the holotype. This type specimen MH1 is a juvenile, but the diagnostic morphology was assumed to be unaffected by late growth into adulthood. Here we present a high-density 3D geometric morphometric assessment based on a tangent-free sliding algorithm of the MH1 cranium to assess the estimated adult form of the specimen, and its implications for the proposed ancestry of A. sediba to the genus Homo. Using an ontogenetic comparative database composed by 243 crania of hominins and great apes we show that MH1 shares an ontogenetic trajectory with A. africanus supporting its initial classification in that genus. Phenetic analysis shows a strong association of MH1 and Sts 52. When the adult morphology of both fossils is predicted using extant hominoids as a model they become significantly more similar to, but still more gracile than, mature A. africanus (Sts 5 and Sts 71). When the same developmental simulation is applied to Taung the specimen fails to cluster with Sts 5 and Sts 71, becoming similar to the adult predictions of MH 1 and Sts 52. An important conclusion is that, by itself, cranial gracilization within an austrolopithecus ontogenetic trajectory does not lead to a Homo like morphology. In this frame the cranial morphology of MH1 is suits better in the broader debate of specific diversity within the South Africa Australopithecus genus than to the issue of the emergence of the genus Homo. Together with the chronology for the appearance of the genus Homo our findings make unlikely that A. sediba is a direct ancestral to it and highlights the importance of taking late changes of growth in consideration before taxonomic assessments are made.

Biographical note:
Andre holds Bachelors’ degrees in Social Sciences from the Catholic University of São Paulo (2006) and in Geology from the Geosciences Institute of the University of São Paulo (2008). His Master’s degree is from the Department of Genetics and Evolutionary Biology at the Institute of Biosciences of University of São Paulo (2010). Currently, he is a Ph.D. candidate in the Department of Human Evolution of the Max Planck Institute for Evolutionary Anthropology in Germany under the supervision of Dr. Fred Spoor and Dr. Philipp Gunz. His study is focused on patterns of cranial growth and development among late juveniles and early adults hominoid species by using techniques of virtual anthropology and geometric morphometrics. In 2015 and 2016, respectively, he was a fellow of the Teach at Tübingen Excellence Initiative at the Eberhard-Karls-Universität Tübingen in Germany and of the Konrad Lorenz Institute for the Advanced Study of Natural Complex Systems in Austria. In Brazil, he is associated researcher of the Laboratory for Human Evolutionary Studies and of the Laboratory of Biological Anthropology, both of the Institute of Biosciences of the University of São Paulo. He also acts as an archaeologist and has engaged in excavations in Kenya, Jordan and various parts of Brazil including Lagoa Santa and Serra da Capivara. Since 2011 he is the coordinator of the excavations at "Lapa do Santo," a late Pleistocene/early Holocene site that is transforming our views on early Americans cultural sophistication. Andre also promotes public awareness of science in Brazil by organizing exhibitions on topics related to human evolution and archaeology.