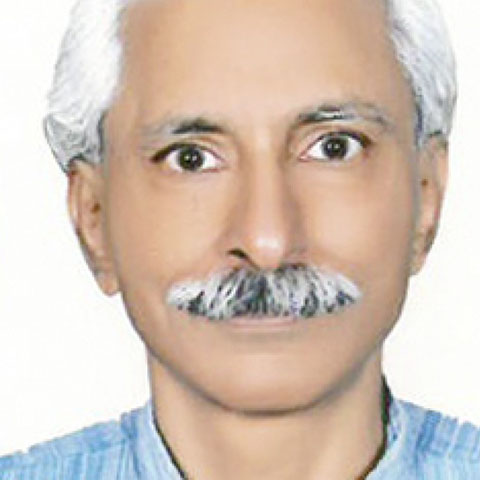 Vidyanand Nanjundiah grew up in Bombay and studied physics and mathematics as an undergraduate. He did a PhD in physics at the University of Chicago and was influenced at Chicago to move into biology. He learnt developmental biology as a post-doctoral fellow, initially at Utrecht (on the axolotl) and then in Tuebingen and Basel (on the cellular slime moulds). Vidyanand Nanjundiah returned to India to join the Indian Institute of Science in Bangalore and taught developmental biology and evolutionary biology. He studied intercellular interactions and cooperative behavior in the cellular slime moulds, at first from a developmental point of view and later as a problem in the evolution of cooperation. He is interested in theoretical biology and expects to concentrate on it in his present home, the Centre for Human Genetics, which is also in Bangalore.