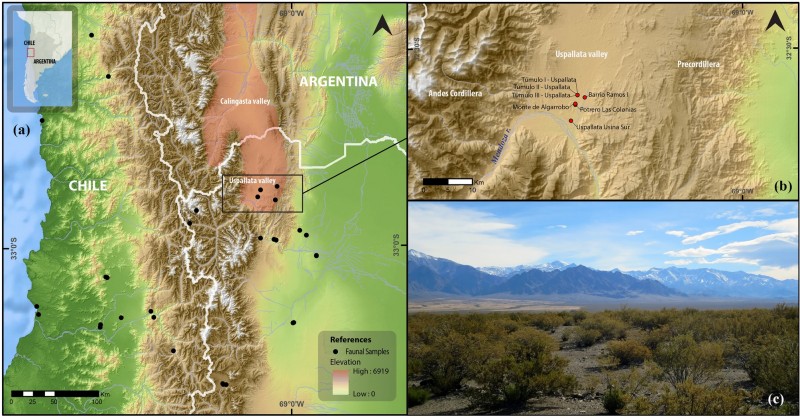 This study shows a migration pulse preceding the Inka expansion from a northern maize-farming population that would have been part of a widespread period of change in settlement patterns, population movements, and social identities.

In this paper, KLI fellow Lumila Paula Menéndez and coauthors Barberena et al. present isotopic and morphometric evidence suggesting the migration of farmers in the southern Andes in the period AD 1270–1420, leading up to the Inka conquest occurring ~ AD 1400.

This is based on the interdisciplinary study of human remains from archaeological cemeteries in the Andean Uspallata Valley (Argentina), located in the southern frontier of the Inka Empire. The studied samples span AD 800–1500, encompassing the highly dynamic Late Intermediate Period and culminating with the imperial expansion.

Their research combines a macro-regional study of human paleomobility and migration based on a new strontium isoscape across the Andes that allows identifying locals and migrants, a geometric morphometric analysis of cranio-facial morphology suggesting separate ancestral lineages, and a paleodietary reconstruction based on stable isotopes showing that the migrants had diets exceptionally high in C4 plants and largely based on maize agriculture.

Significantly, this migration influx occurred during a period of regional demographic increase and would have been part of a widespread period of change in settlement patterns and population movements that preceded the Inka expansion. These processes increased local social diversity and may have been subsequently utilized by the Inka to channel interaction with the local societies.