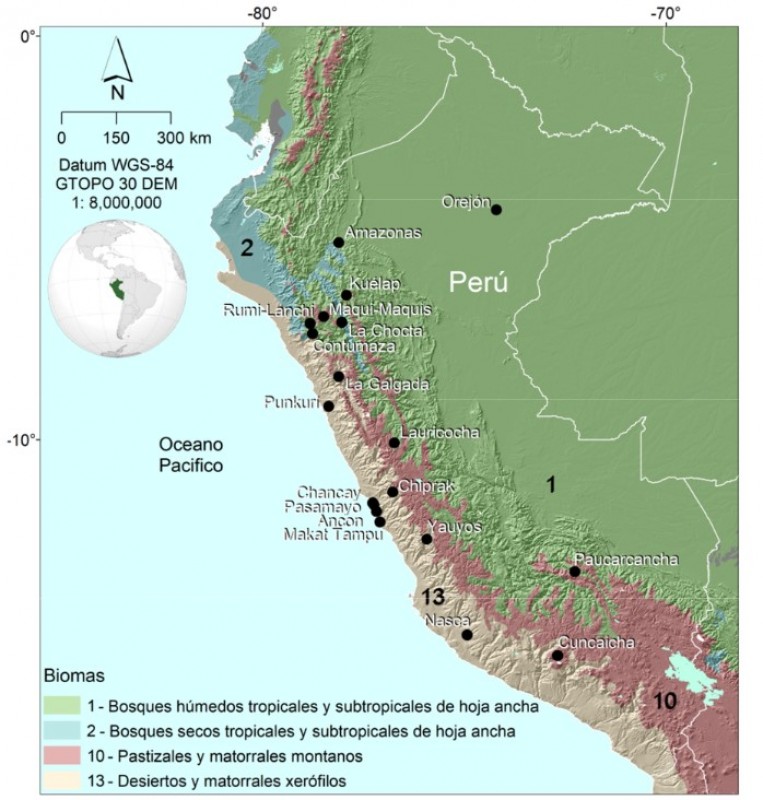 Based on the analysis of the craniometric variation in a sample of early to late Holocene individuals from Peru, this study supports a biological continuity of human populations in the Central Andes, and suggests adaptive responses as a result of changes in the nasal and alveolar regions among the most recent individuals.

Eight linear measurements were recorded on the facial skeleton and cranial vault of 301 individuals coming from 19 archaeological sites located in four different biomes. Principal Component and Discriminant Analysis allowed exploring the skull shape and size variation. Complementarily, morphological affinity among the samples was studied by calculating Mahalanobis distances and Ward’s hierarchical cluster analysis. Additionally, the effects of biome, altitude, archaeological site, and chronology on morphology were evaluated through a MANOVA.

The results showed that there are similarities between individuals of different chronology; the early/middle Holocene individuals show large morphological variation; and the most recent samples show differences in the length of the skull and nasal variables, but also in the alveolar subcomponent, which in turn are associated with the diversity in altitude and archaeological site of origin. The results are discussed in the context of previous works that studied samples from Peru, as well as some other areas of South America. In this way we hope to contribute to the current debates about the population of South America, especially in relation to local adaptation.