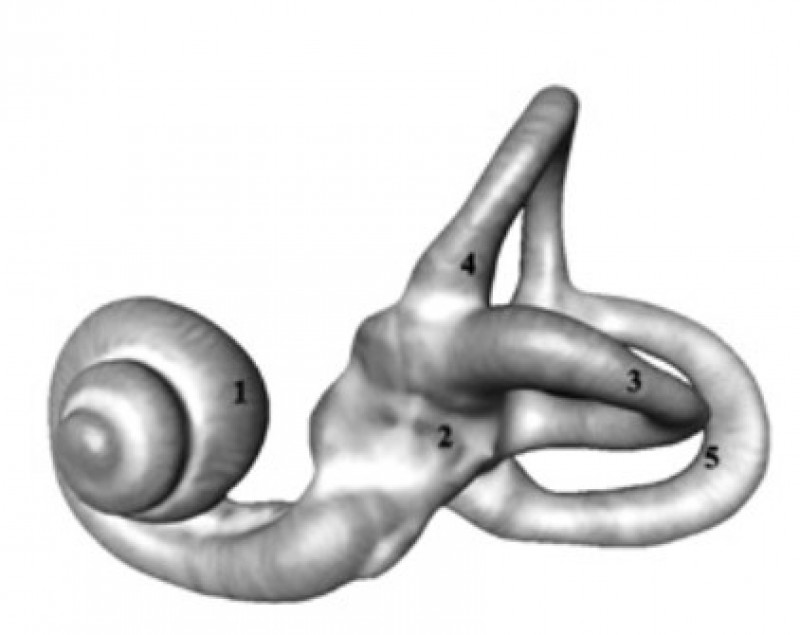 The bony labyrinth of the inner ear
2020-11-11
The biological potential of the endocranium to contribute to the peopling of South America debate.

A promising methodological strategy from virtual anthropology that would allow disentangling co-existing models to explain how the first humans arrived into the Americas.

Despite studies on the peopling of the Americas started more than 150 years ago, explanatory models based on different kinds of evidence coexist providing diverse answers. For example, molecular studies analyze certain areas of the genome that enable the reconstruction of population history. On the other hand, studies focused on the variation of the ectocranium describe not only stochastic changes in the evolutionary history of the population, but also has a strong emphasis on the influence of environmental factors, some of which may be adaptive. As a result, two main models have been proposed: the hypothesis of local diversification and that of multiple migratory pulses.

A promising strategy that would disentangle these models would be the analysis of endocranial structures, such as the bony labyrinth of the inner ear, that have a small or even no environmental influence. Comparing the morphological variation of the bony labyrinth in a chronological sequence of individuals from the Early to the Late Holocene would open up studies on a larger sample in comparison to aDNA studies and traditional cranial analyses.

The application of these methods allows not only access to internal structures that cannot be otherwise studied, but also analyzes of key individuals that are not well preserved and usually excluded from research projects. Finally encouraging the study of CT-scans and would inspire collection curators and researchers to preserve digital collections, avoiding the manipulation and deterioration of these images and guaranteeing their free access and contribution to the reproducibility of analyzes in science.