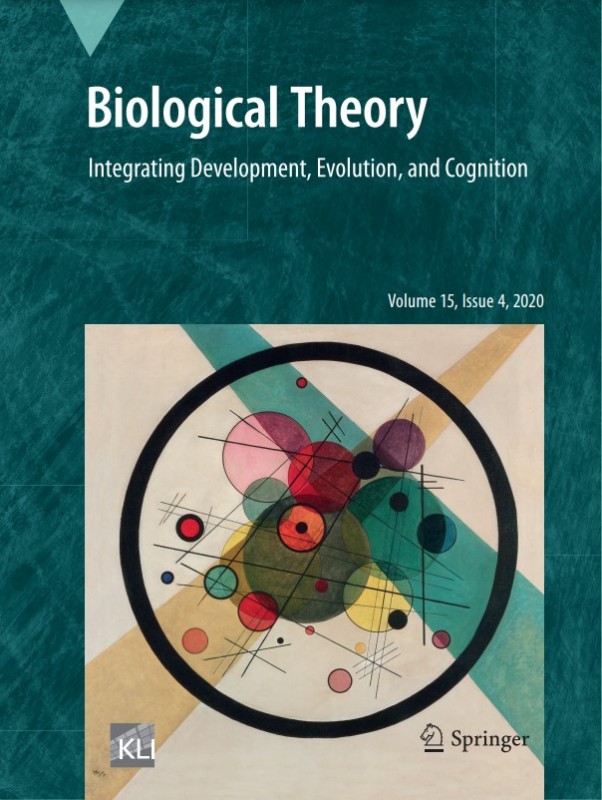 With its December issue, Biological Theory, the KLI's highly regarded journal, marks its 15th full year of publishing. Under its first editor-in-chief, Werner Callebaut (KLI and the University of Vienna), Biological Theory was founded to occupy a unique position--as a journal of theory and philosophy of biology grounded in the empirical sciences, particularly developmental and evolutionary biology, as well as language and cognition.

Now led by Editor-in-Chief Stuart A. Newman (New York Medical College), the journal is increasingly looked to for new thinking in evolutionary developmental biology (EvoDevo) and the challenges it has mounted to the population biology-focused and gene-centric modern evolutionary synthesis that prevailed throughout most of the 20th century.

Because of its interdisciplinary focus, the journal's authors come from a range of fields across the sciences, social sciences, and humanities, finding a home to publish often discipline-spanning articles that reach the journal's equally diverse readership. Rather than taking a unilateral approach, the journal encourages a public back-and-forth of the ideas in its pages. Its feature articles have included not only responses to earlier articles, but paired debate articles that grew out of the reviewing process.

Journal referees include a large number of senior scholars in a reviewing process that many authors have thanked for helping clarify and strengthen their papers. Once an article is accepted, the editorial process offers other advantages for authors--our publisher's typesetters will reformat references in house style, so authors don't need to spend time reworking them. And our in-house copyediting aims at helping authors polish their article's language so it best presents their ideas.

Among other areas, the journal has also published major contributions to the philosophical consideration of the environment and its constitutive role in organismal identity, along with articles that attempt to reframe long-standing questions in several areas of medicine, including the microbiome, cancer, and brain function and pathology. A new feature series, "Notes from the Field," offers accounts of educational and other initiatives that bridge philosophy of biology and the broader society.

To give the reader an idea of the articles we publish, recent pieces have included a critique of the popular “selected effect” hypothesis that seeks to derive health norms from Darwinian natural selection (1), and a rejoinder to that critique (2); the case for “genome fabrics,” computationally inferred groups of functionally related genes, rather than “marker genes” in diagnosing diseases and formulating treatments (3); empirical evidence and theoretical arguments that holobionts, consisting of a host and diverse microbial symbionts, function as distinct biological entities anatomically, metabolically, immunologically, and developmentally (4); the case that human cancers and our human role in planetary, especially biotic, degradation are both essentially ecological diseases, and that avoiding and managing them that can be informed by comparison of the respective disciplines (5); arguments against notions of functional modularity in cognitive psychology, cognitive neuropsychology, psychiatry and evolutionary psychology (6,7); the orgins of human culture and language (8,9). Epistemological issues related to hazards of nuclear energy (10) and the emergence of pandemics (11) have also been subjects of the journal’s papers. Finally, the journal has recently introduced another new feature, “Classics in Biological Theory,” which is making available to the scholarly community out-of-print or difficult-to-access papers that were influential in the past and warrant revisiting, for what may have been lost, or misremembered (12). Each Classic paper is accompanied by an introductory essay by one or more working experts in the relevant field.

2. Griffiths, P.E. and Matthewson, J. (2020) Diseases are not adaptations and neither are their causes: a response to Ardern’s "Dysfunction, disease, and the limits of selection" Biological Theory 15, 136-142.

8. Charbonneau, M. All innovations are equal, but some more than others:(re) integrating modification processes to the origins of cumulative culture, Biological Theory 10, 322-335.

10. Sacks, B., Meyerson, G., Siegel, J.A. (2016) Epidemiology without biology: false paradigms, unfounded assumptions, and specious statistics in radiation science (with Commentaries by Inge Schmitz-Feuerhake and Christopher Busby and a Reply by the Authors), Biological Theory 11, 69-101. 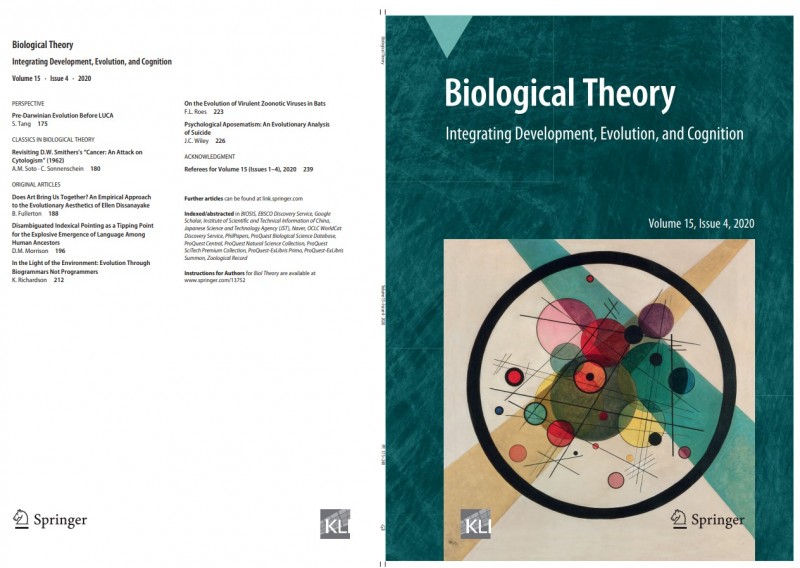