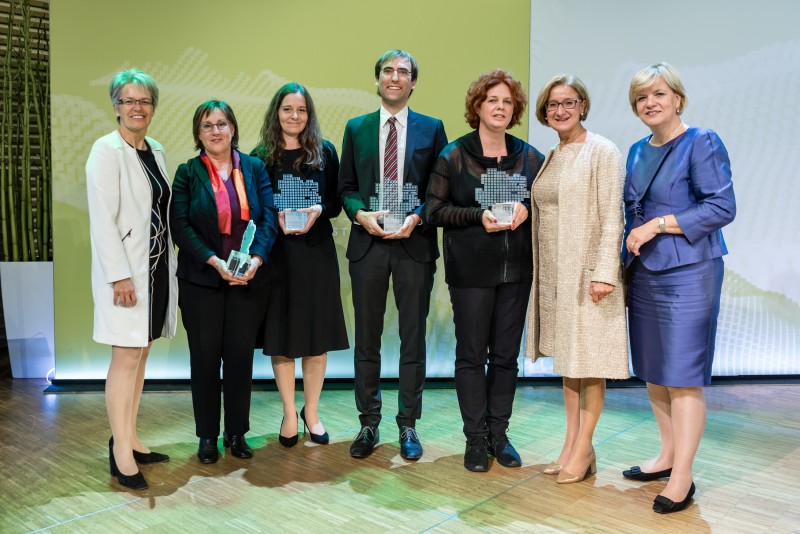 Postdoctoral fellow Barbara Fischer, who just returned to the KLI institute after her maternity leave, received the 2017 Science Award of the Government of Lower Austria (Anerkennungspreis) for her work on the evolution of the human pelvis. These awards recognize special scientific achievements of a researcher working in Lower Austria. The science prizes 2017 were awarded at the yearly Science Gala in Grafenegg on October 5th, 2017.

Barbara is an evolutionary biologist who studies the obstetric dilemma and why childbirth is so hard in humans. In comparison to other primates, the heads of human neonates are remarkably large in comparison to the maternal pelvis. Barbara’s research deals with the question why this situation persists, and why evolution was so far unable to solve this dilemma.