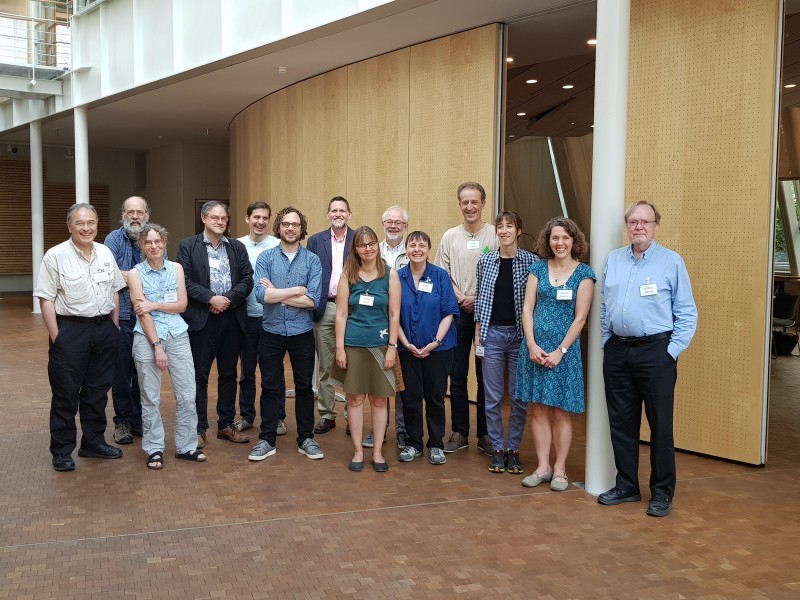 2022-09-29
The Convergent Evolution of Agriculture in Humans and Insects: the workshop behind the book

A new open access book in the MIT Press Vienna Series in Theoretical Biology- "The Convergent Evolution of Agriculture in Humans and Insects" - explores common elements in the evolutionary histories of both human and insect agriculture resulting from convergent evolution.

We interviewed Richard and Ted to gain some "behind the scenes" insights on the 38th Altenberg workshop (2019) that led to the publication of this volume.

Q: What was the motivation for putting together the workshop? What kinds of issues did you address? 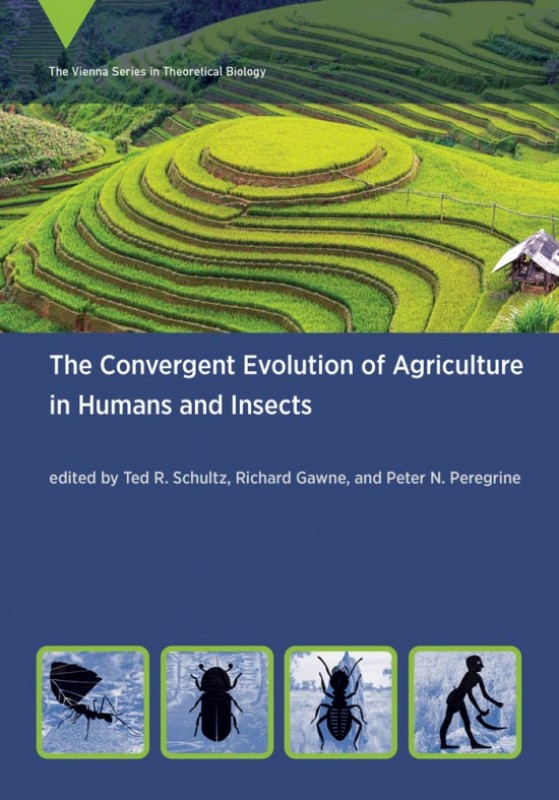 The workshop led to many interesting discussions, and important disagreements were highlighted. Part of the benefit of a workshop such as ours is that it enables participants to develop broad-brush comparative hypotheses, and immediately get feedback on their viability from experts in other areas. Overall, there was a spirit of collaboration, and an intense interest in learning more about relevant research being conducted on the diverse study systems represented at the meeting. The workshop was intellectually stimulating and fun.  Everyone got along well and fully explored the workshop theme.

Q: How did you structure the book? How are the chapters tied together?

The book is structured topically, rather than taxonomically. There are many different perspectives from which one might study the evolution of agriculture, and we attempted to use the approaches of the authors to guide the organization of the book. The chapters have strong conceptual ties to one another, and we would like to think that many of these were forged through interactions that occurred at the Altenberg Workshop. We gave authors the freedom to choose what to write about, only asking them to address the subject of the book somewhere in their chapters.

Q: Did anything else come out of the workshop? Do you have future plans to follow up with another event or collection?

This workshop aimed to forge theoretical foundations for a new field of research in comparative studies of the evolution of agriculture. The connections made between researchers will, we hope, continue well into the future, and the book will serve as a foundation for the next generation of researchers who are drawn to this emerging area of research. We want the book to represent tangible evidence of a new, interdisciplinary field of cross-species agricultural studies.  That the book is already serving this purpose is demonstrated by a review in Science (J.D. Postido and J.E. Strassman, 21 April 2022; Science 376: 359; DOI: 10.1126/science.abq2570) and by multiple requests for interviews on the subject of nonhuman agriculture, including:

Thank you, Richad and Ted, and congratulations on the media attention!

The book is available as an open access publication. You can download individual chapters from the MIT site: https://direct.mit.edu/books/oa-edited-volume/5272/The-Convergent-Evolution-of-Agriculture-in-Humans.